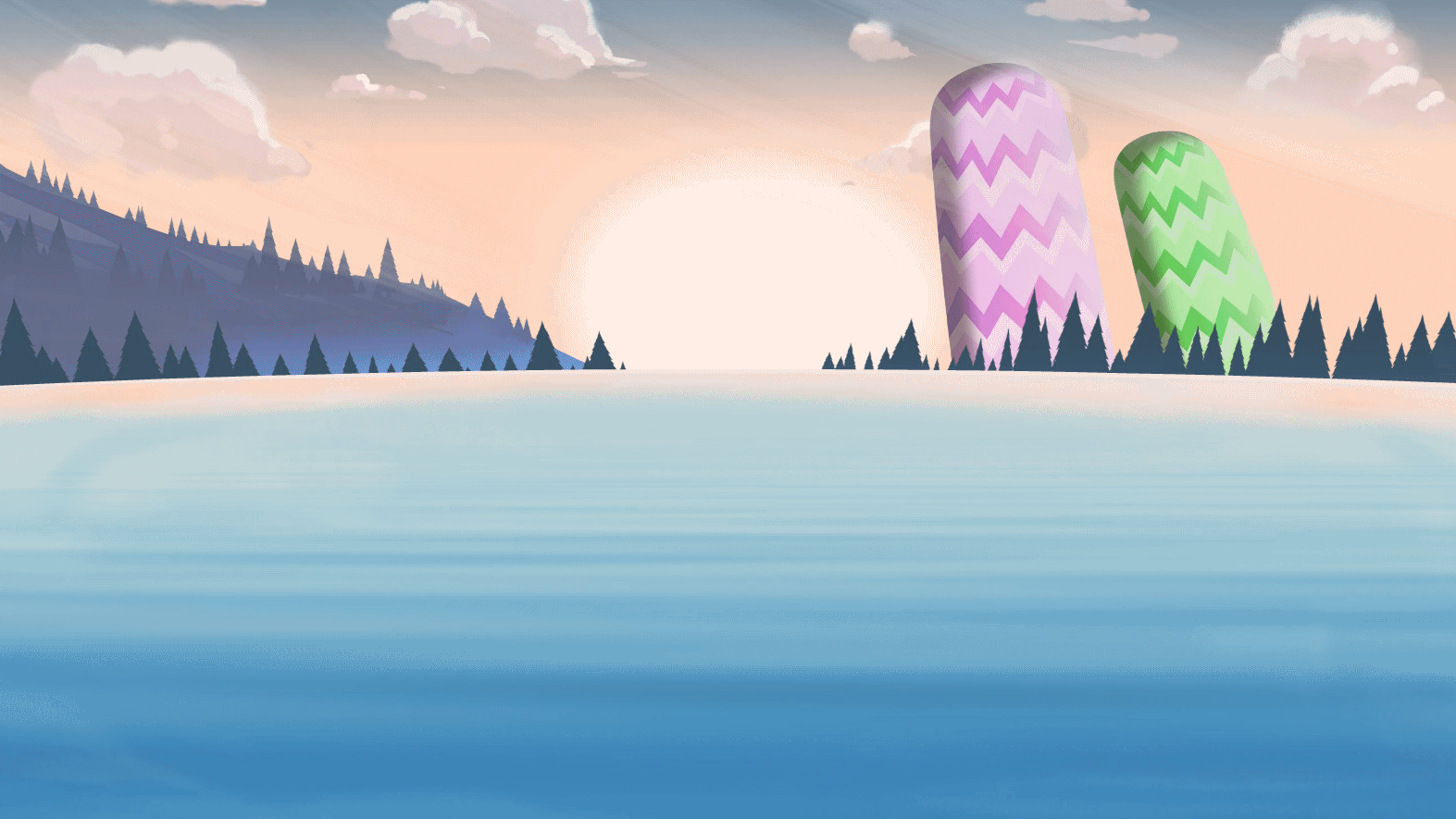 What's on your mind?

The song will be sung by all the characters similar to how Phineas and Ferb ended up a few years ago or My Little Pony: Friendship is Magic ended last year, The song is a recap of Inanimate Insanity's first and second seasons and use some instruments used in some songs from the show's second seasons and new instruments could add up such as strings, brass, woodwinds, and more

It's such a good delight to make Inanimate Insanity II have a happy ending after all, Do you agree?

Inanimate Insanity II's almost over, 2 more episodes and then we're ready for the grand finale!

Soon when Episode 15 comes, I hope you are ready for the grand finale of Inanimate Insanity II to come

Is it ok if i make survival rates

I think in episode 15, Knife would get eliminated in an instant elimination challenge. Just like season 1, the eliminated contestants would vote out one, leaving the final two. Marshmallow, Apple and the season 1 contestants who didn't make it into Season 2 would return in this episode. Test Tube would use the Bow-inator to revive Bow. She also reveals the Dough-inator, which she uses to revive Dough. Toilet would return and would retrieve Mepad from Taco, before returning to Mephone. Cherries, Yin Yang, Soap, Nickel and Paintbrush would vote for Suitcase. Tissues, Trophy, Box, Dough, Apple, Marshmallow, Fan, Microphone and Test Tube would vote for Baseball. And Cheesy, Balloon and Knife would vote for Lightbulb. As a result, Baseball would get eliminated with 9 votes, leaving Suitcase and Lightbulb as the final 2.

If Inanimate Insanity was produced by Nickelodeon Animation Studio, what would happen? 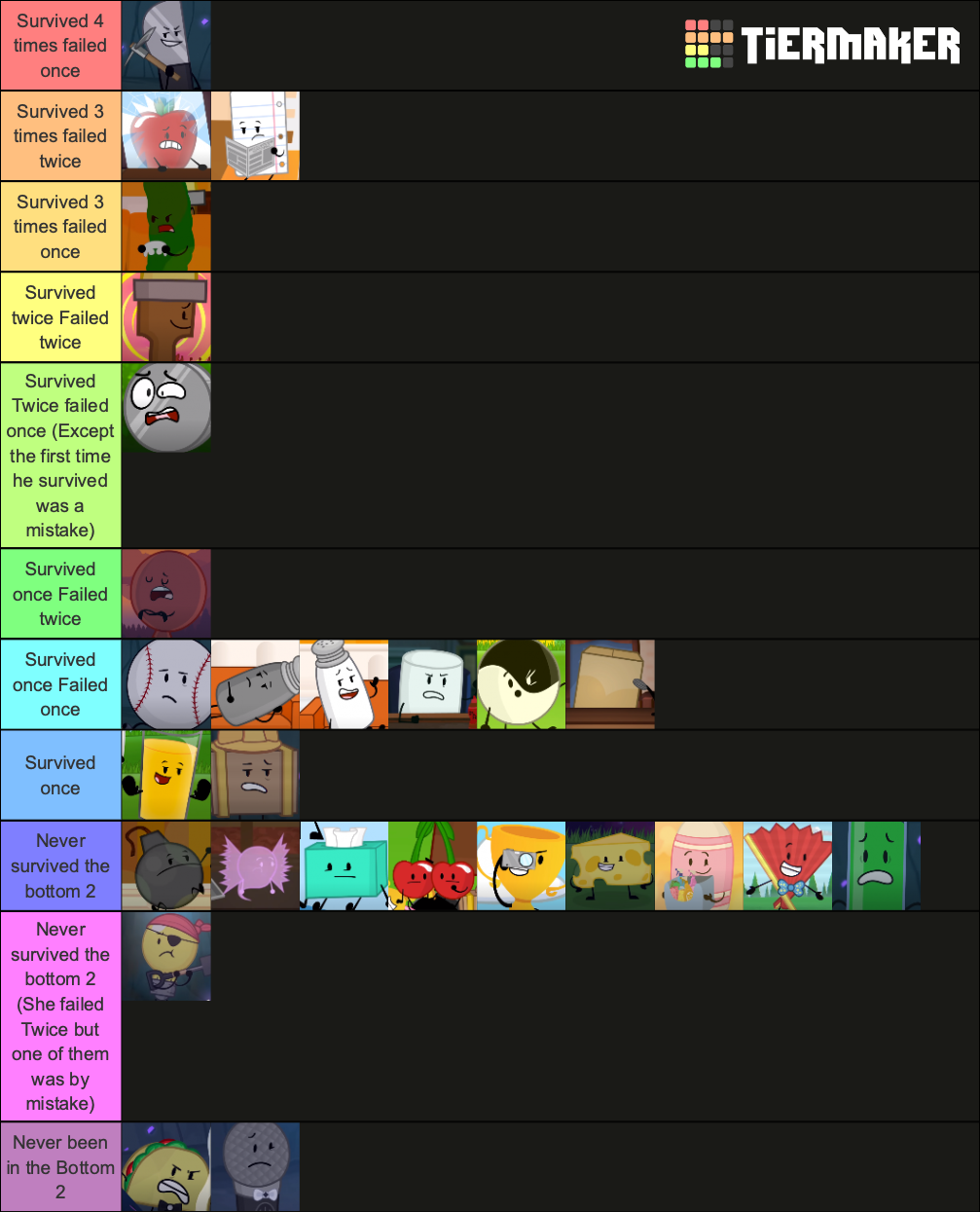 hello everybody out their on the II wiki, today I have a very big theory about the reason behind the creation of Mephone4 and 4S and why the Mephones after them are stupid, so get ready this is gonna be a long topic

Before the creation of Mephone4 Steve Cobs had created the original Mephones for exploring the universe in search for more and to expand his knowledge about life around him. Eventually he found the The Prime Shimmer civilization and sent out a platoon of Mephone 3GS's to learn about their culture and about them in general. They offered Meeple products to them like the MeBook in exchange for their secrets about their life. But of course the more they learn the more they wanted to destroy them so The Prime Shimmer refused and the Mephones destroyed their outer layer of their planet and stole their youth. Of course they retaliated and destroyed every one of the Mephone 3GS platoon except for the Mephone 3GS we see in Mine your own business in 4's memories. After this the last surviving 3GS with the 2 eggs he stole he fled back to earth. He made it to mars where he left one of the eggs and we don't know what happened to the other. After getting back to Meeple inc. empty handed Steve cobs deactivated him and started thinking of how he could get the missing eggs and how he could study the The Prime Shimmer civilization.

Mephone4 was built by Steve cobs to go back to the The Prime Shimmer planet to get more info on them. He gave him a screen protector so when he would go back he would be better protected in case of a attack. But he also gave him a emotional emulator which would cause Mephone4 to become lazy and not doing what Steve cobs wanted him to do. He got inspired to create a reality show after watching some when he was supposed to be doing cobs tasks. After doing some sniffing around, Mephone4 found out of 3GS and what cobs had done to him. Meanwhile cobs had realized that since Mephone4 wasn't doing his tasks he had assigned so instead he decided to create A.D.A.M. So he could hire Mephone to do a reality TV show. After finally creating something not glitchy and finding out what Steve cobs real intention with him was he ran with Mepad who was still starting up. After escaping Meeple Inc. he created Inanimate Insanity a Object reality show with the grand prize of a million dollars.

4. the truth about the stupid Mephones

I know I have been talking a long time about the Mephones but here's the reason why. You see after the failure of 3GS in getting info on the The Prime Shimmer civilization he created Mephone4 so he could go back and get everything he wanted from The Prime Shimmer planet. But when Mephone4 left Steve cobs created 4S to destroy 4 so after he did he would send 4S off to the The Prime Shimmer planet and do what 4 didn't do. But when even 4S retaliated and saved 4's life Steve cobs created 5 to only terminate 4 and 4S. After the failure of 5 he just created the next Mephones to only terminate 4 with no sense of intelligent whatsoever. Steve cobs plan was that after 4 was killed off he would create a Mephone that was like 3GS and 4 and 4S which he would use to go back to The Prime Shimmer planet and finally get what he wanted from them, and thats where the story ends

Thank you for reading this theory. I know it was really long but their was just so much to talk about. Now this theory is all just speculation so nothing is certain. This is just me thinking up the reason why 4 was created and why the newer Mephones are stupid. Tell me in the comments if their something I missed or you have your own theory about this. Again thank you for reading and I will see you guys later.

Inanimate Insanity IIMePhone4Hatching the PlanMine Your Own BusinessThe Prime Shimmer

It's time for another Inanimate Battle but in this season, It is gonna be inspired after the second season of Inanimate Insanity, I will be your host, Creamsicle

If you wanna join Inanimate Battle, you must submit a fan favorite newcomer and make the others return?

The show needs 13 contestants with a merge team

Oh, and make sure to create some Gabby Giddies, a series of challenge driven jokes told in every episode

There will be other non-contestants such as Jawbreaker, Sun, and Mudpie, Siren, Diaper, Llama, and lastly her friend, Frog

Make sure to draw your characters in any style or form and make sure to add it off with a background and the words: -Insert character name- for Inanimate Battle 5! 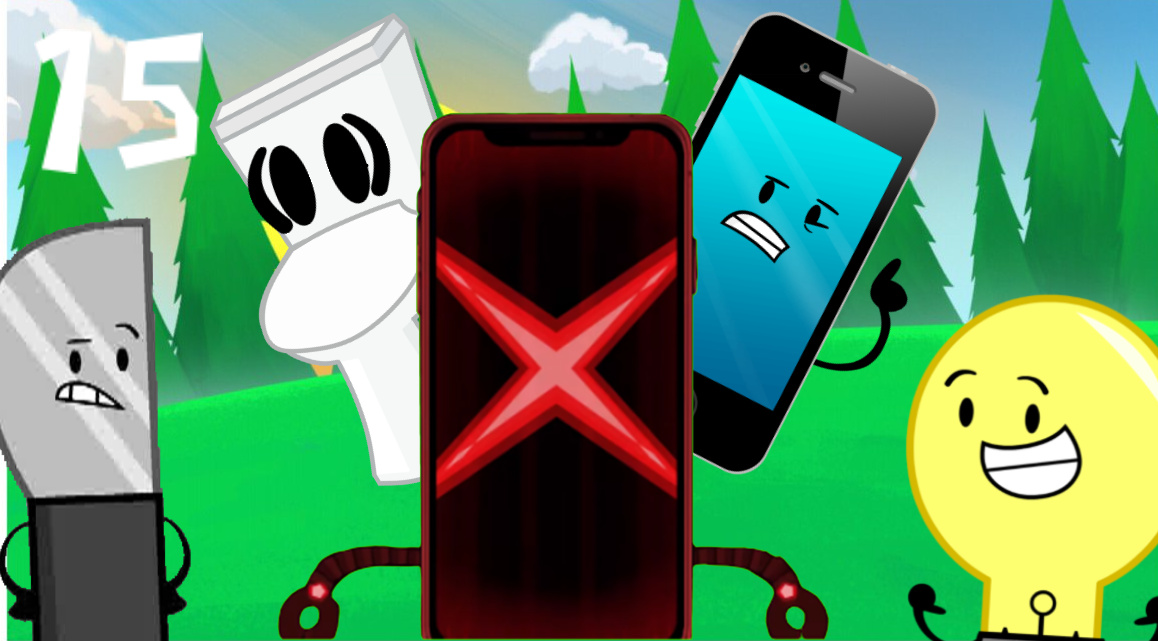 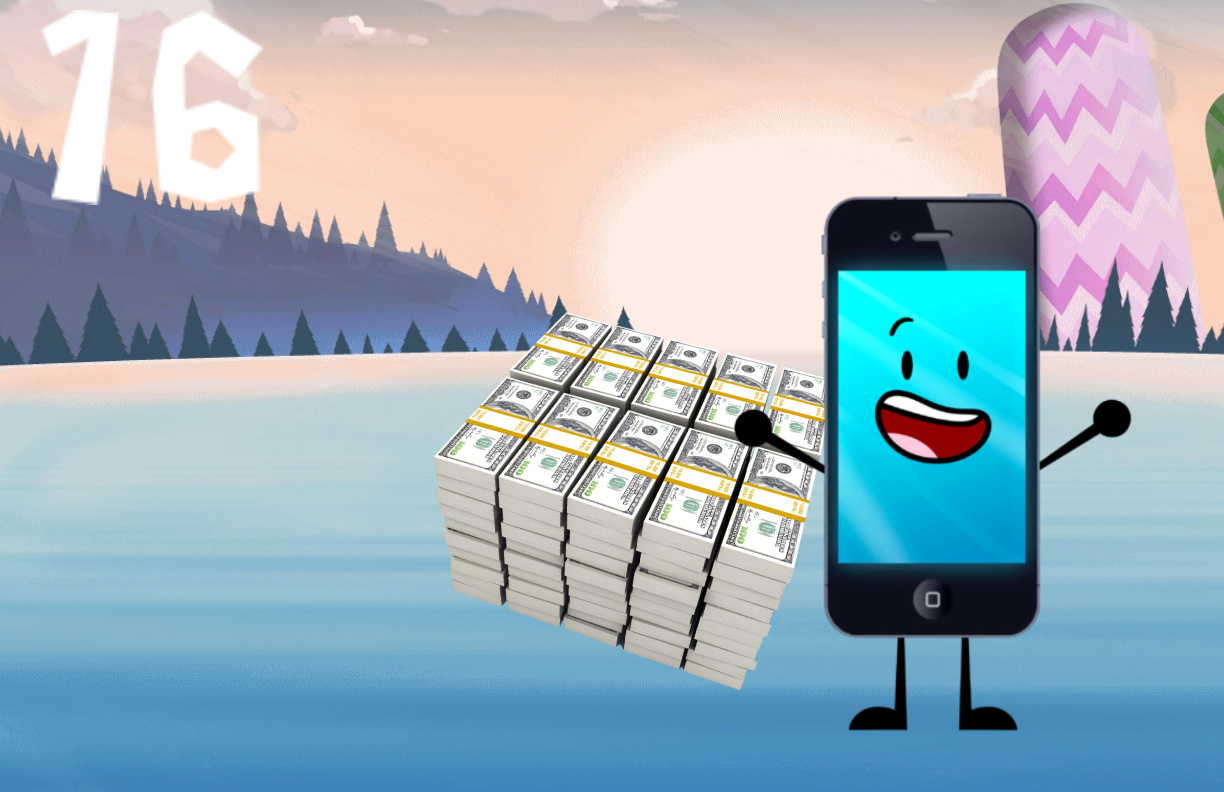 I am joining the discussions of II and making this place co exist alongside the bfdi discussions!

I honestly think that Trophy secretly has a softer side in him. Even though he’s mostly aggressive at times, he may still have some heart in him like Knife does. In the latest comic, It showed Trophy taking pictures of butterflies at the last 3 scenes, which may prove that he secretly has a thing for butterflies. I also think that Trophy was actually pretending to be mean during the competition, and he probably had a pure heart on the inside. I know he assaulted pepper in Episode 7, but he just wasn’t ready to learn a thing about controlling his emotions or something... I don’t know, I might be wrong, but who knows? In Episode 14, we did hear him offscreen at the beginning, and he didn’t act rude or anything like that, he was only getting some protein to drink before going back to bed or something, and when fan ran by and went the other way, after 2 glasses of Trophy’s Protein drinks, Instead of getting angry, he said “Wait! Oh no!! NOOO!!”, which sounded like he was in shock more than enraged. This may also prove that Trophy might have some changeability. And I predict that Trophy will finally reveal a change of heart in the Finale or maybe he’ll admit his wrongs in the past.

I know now this might or might not be possible, but this is just my theory. If you disagree with any of this, then I understand. And again, I know Trophy is aggressive at times, but he still has potential to have changes like Knife had. Anyway, That’s all I wanna say.

And by the way, some of this may not make any sense, but still. 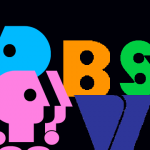 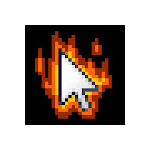 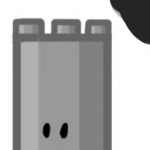 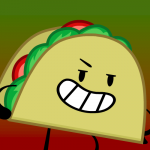 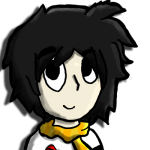 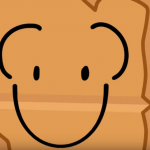 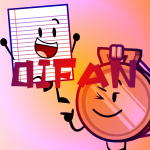 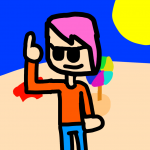 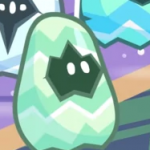 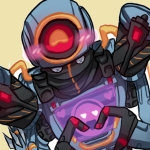 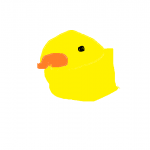 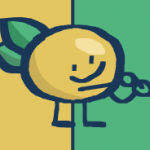 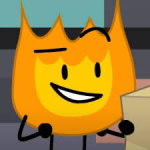 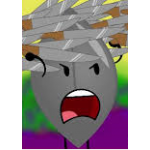