Inanimate Insanity Wiki
Register
Don't have an account?
Sign In
Advertisement
in: Featured Articles, A to Z, Team Captains,
and 10 more

Baseball is a white baseball, with a red stitch like pattern on his sides. He is one of the few armless contestants on the show.

Baseball was initially slightly taller than Nickel. He later grew larger and, compared to Nickel, had similar proportions of a regulation baseball in real life compared to a United States nickel by the time Inanimate Insanity II started. His relatively large size is a signature trait of his.

As Baseball did not get too much screentime in the first season of Inanimate Insanity, there is only little to gather about his earlier personality. Baseball was a usually quiet and intelligent player, only retaining a close friendship with Nickel.

Once Baseball entered Inanimate Insanity II, his personality shifted to a rousing and peppy nature.

After becoming the team captain of The Grand Slams, Baseball adopted a trustworthy, courageous, and leader-like personality. Baseball demonstrates a strong loyal spirit with his team and enjoys being the head of the team. Though Baseball usually decides the overall plan for the team, he is often outspoken by players like Soap or Nickel, who may take charge even if Baseball doesn't give them permission.

Baseball cares deeply about his alliance, and commonly puts them ahead of himself. As he is constantly the moral compass of the group, he will shut down any rash decisions made by Nickel. He confronts Suitcase alone and reassures her comfort and position in the alliance after she follows Nickel's orders and faces criticism for losing a challenge.

While Baseball usually feels authoritative and confident in his authority, he may panic if faced with a difficult conflict and not be able to handle the situation well. When Suitcase and Nickel begin to fight each other, Baseball becomes nervous and attempts to keep the peace between them, but ultimately lets the conflict lose control.

As the largest contestant, Baseball is a physical powerhouse, exhibiting huge amounts of strength in athletic challenges, particularly those involving legs. However, Baseball has also been shown to be very self-conscious and uncertain about his size. He becomes extremely upset if anyone remarks him as "fat", as he responds by violently kicking Knife into the ocean after he does so.

He is currently in a state of deep depression, after his friend's elimination. Due to this, Baseball resents Suitcase deeply and has a more cynical, darkened outlook on everything around him, possibly developing paranoia. This is supported as he firmly stated that, he wants to be in an alternate timeline because he finds it meaningless to remain in the current timeline, due to the fact that he thinks "everyone is coming to get him." He also acts rough to Fan, when he calls Baseball a name, he slams the computer onto Fan’s hands.

However, other than indicating paranoia and inflicting harm on a bystander, this quote can highly give insight on how he feels after Suitcase 'betrayed the alliance', which clearly cause him huge distress, as not only did she break the unity of the alliance by eliminating the person closest to him, but she was also in a way important to him and seeing her do all these things and hurting him in the process, must've inflicted a lot of damage to Baseball's emotional state. In "Mine Your Own Business", Baseball seems to shift towards a neutral ground with Suitcase by telling her to never let him hold her back. 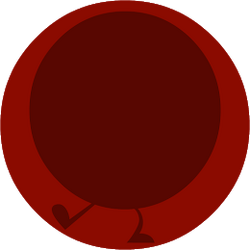