Bow, labelled The Forgotten, is a female character on Inanimate Insanity. She debuted in "The Snowdown" starring in a commercial for Chairs, and unexpectedly joined the game in "Double Digit Desert". In "Journey Through Memory Lane (Part 2)", Bow was killed off the show permanently, unrecoverable by MePhone4, and thus, did not make a return for Inanimate Insanity II, turning into a ghost living in Purgatory Mansion in the episode "Let Er' R.I.P.". Despite her demise, Bow has inexplicably returned alive and well in Inanimate Insanity Invitational and currently competes as a member of The Pinkers. She is voiced by Taylor Grodin.

Bow is a bubble gum-pink hair bow with eyelashes, she also has feet and regular arms attached to the bows sides. Her centre is round with the bows ends being sharp, similar to a triangle.

When she became a ghost, she becomes semi-transparent, and her sides become ragged. Her legs have been replaced with a ghost tail.

As of "Inanimate Insanity Invitational" Bow is back to her normal form with the difference being her taffy pink colour scheme, small curved eyelashes, more rounded body and had her arms placed at her center's sides.

Introduced as a random saleswoman for chairs, Bow is an enthusiastic yet stubborn attention-seeker with a hankering for stardom. Her persistence for attention earned her a spot on the show, much to MePhone4's chagrin. With her unexpected start up, Bow showcased her rather ditzy characteristics, particularly her exuberant spirit and lack of general intelligence.

Bow might resemble a typical modern teenage girl, saying "like" and "totally", wearing makeup, and texting on her phone constantly. Additionally, Bow is quite simpleminded and usually misinterprets others' words, most often MePhone4's. Disregarding her intelligence, Bow is a kind and sympathetic contestant who will always run to the aid of her friend Marshmallow. She is, however, an exceptionally aggressive player who often does better than others at challenges.

When locked up in a box after her elimination, Bow's isolation caused her to manifest a feral and ferocious state. She eventually grows strong enough to break free of her box and attacks others in "Journey Through Memory Lane", and almost attacks Marshmallow.

She is eventually cured of her feral state with the re-introduction of a chair, though she immediately loses interest. Her violent state is brought out one last time in order to take down MePhone5, leading to her permanent death.

After her death and conversion to a ghost, Bow's desire for attention becomes destructive for herself and her best friend Marshmallow. She takes upon cruel actions, such as possessing, manipulating, and lying to others, in order to boost her personal outlook. Bow believes that being on the show boosts the quality and perception of characters and, in turn, gives them a better chance to be friends with players such as Marshmallow. Without the show, she claims, she is nothing.

Bow has become notorious for her obsession with chairs. The self-known chair enthusiast would constantly advertise her chairs in almost every sentence, even if it didn't pertain to whatever conversation was occurring. She would even go as far as advertising chairs in "The Snowdown" and telling viewers that voting for her to join the show would earn them a chair.

Bow's obsession with chairs appears to also have granted her the ability the power to call upon them at random times. She uses them with shockingly experienced levels, as seen in "Inanimate Smackdown" when she defeats Apple in the arena with a chair. However, chairs can also be seen as her weakness, most notably in "The Great Escape", as they cause her to lose the "MePhone Says" challenge.

However, after she recovered from her violent and demented state, Bow realized that chairs were "so last year", and ended her obsession by smashing her chair into the bleachers. Additionally, in "Let Er' R.I.P.", Bow destroys a chair in Purgatory Mansion, potentially for the same reason. She seems to have shifted her obsession of chairs to an obsession with her own ghost tail.

In "The Shame of the Name", Bow can no longer comprehend the word "chairs" and seems to forget the word altogether. 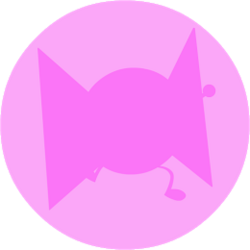