Pepper is a pepper shaker filled with grey pepper.

Pepper's personality is almost identical to Salt. While Pepper is more caring in their relationship, Salt cares more for herself than Pepper and actually replaces her when she is eliminated. Pepper appears to care about doing challenges, as she asks about them frequently unless they conflict with maintaining her relationship with Salt. Pepper overall has a nice ditzy girl personality, saying things like "like" between sentences. 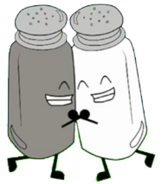 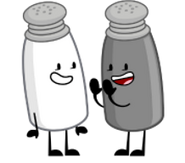 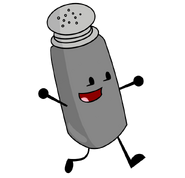 Salt and Pepper's last moments together before she is eliminated. 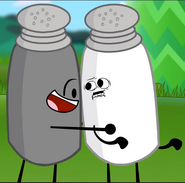 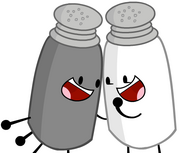 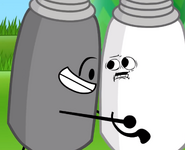 Salt and Pepper are still in the water 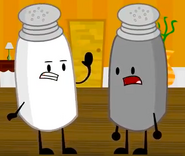 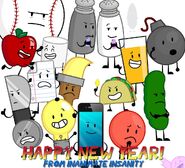 Add a photo to this gallery
Retrieved from "https://inanimateinsanity.fandom.com/wiki/Pepper?oldid=124816"
Community content is available under CC-BY-SA unless otherwise noted.