Inanimate Insanity Wiki
Register
Don't have an account?
Sign In
Advertisement
in: A to Z, Characters, Shimmers, Non-Contestant

Leader of The Light Shimmers

The Prime Shimmer is the leader of the Light Shimmers. They made their debut in "Hatching the Plan".

The Prime Shimmer is a large purple egg with dark purple and white stripes. In the center of their shell is a large jagged hole in the shape of three diamonds. Inside the hole are seven balls of light that act as The Prime Shimmer's eyes, which can shapeshift into different forms. There are two small holes on either side of the shell with two glowing balls of light that act as their arms. Above their head is a large glowing crown.

The Prime Shimmer is a forthright leader who is respected by the Light Shimmers. While they do not appear hostile, they are very protective of their youth.

In "Hatching the Plan", The Prime Shimmer forms, introduces themselves, and demands to know who Fan is and how he found the egg. They reveal that the egg was stolen, and goes on to question Fan's right to assume responsibility over the egg. After Test Tube suddenly crashes through the floor in The Flying Buddy, the Prime Shimmer begins to reintroduce themself before Fan cuts them off. Later, The Prime Shimmer denounces Meeple as "the oppressor" and tells a story about how Meeple destroyed their planet and stole their youths after they refused to allow them to harness their light. The Light Shimmers managed to defeat and recover the eggs stolen by all but one MePhone, who had stolen two eggs. Later, The Prime Shimmer thanks Fan and Test Tube but is interrupted by an attack from Taco, causing them to panic and order the ship to take off into space. 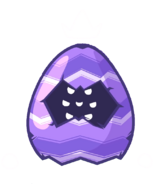