Inanimate Insanity Wiki
Register
Don't have an account?
Sign In
Advertisement
in: A to Z, Episodes, Season 1,
and 3 more

"The Snowdown" is the 9th episode of Inanimate Insanity and the overall series. It was released on January 1, 2012.

This episode begins with Paintbrush, Marshmallow and Apple standing by a warm fire, noticeably with a snowy background. Paintbrush says how they're happy about Christmas Eve. Apple chimes in asking when she'll get her pony. Paintbrush shouts out that Santa Claus isn't real, causing Marshmallow to yell back at Paintbrush, who only exclaims that its true. Apple, in disbelief, pushes them apart, trying to believe that Santa is real, but Marshmallow sadly tells Apple that he isn't. Apple becomes angered and furiously pushes Marshmallow into the nearby fire.

MePhone4 tells the three UFE contestants, Bomb, Pickle, and Lightbulb, if they would like to see the new elimination area. The three are flung up into the sky, and land in the new elimination area, where MePhone4 is already waiting. 308 people voted, 69 of which voted for Bomb, who received a candy cane as a prize. Then the scores showed that Pickle received 119 votes and Lightbulb received 120, one vote away from each other. Lightbulb then screamed in fear of The Fist Thingy, but MePhone4 explained that there was no Fist Thingy. Lightbulb relieved, began to think she was safe when her platform suddenly tilted and she was dropped into Idiotic Island for a second time, shattering once she got there. Pickle and Bomb's platforms also tilted, dropping them into a soft pile of snow.

MePhone4 explained that the 9th contest was a Christmas Tree Contest, which Apple responded to by yelling "It's all lies!", and runs away. MePhone4 explains that each team must get a Christmas Tree using axes, which he throws at OJ, who dodges the first axe but is hit by the next. Apple points out that it was "naughty", but that it didn't matter anymore, furiously yelling that she wasn't going to be nice anymore. Marshmallow then explains to Paintbrush that they have to fix what they have done, and Marshmallow knew exactly how.

Suddenly, the episode switched over to a commercial, revealing Bow explaining that she has something that will make people really cool: A chair. She goes on to explain that you can sit, stand, and dance near the chair. Bow ended the commercial saying that she had "limited stock" of chairs, showing a numerous amount of chairs.

The commercial ends, going to Team Chickenleg, with Bomb and OJ. Bomb starts to say he wants to get a tree, when suddenly Salt confronts him and says that she is going with OJ, who gets in between Bomb and Salt, saying they should go together. Pickle then spots a tree, but Salt points out that they would have to cross a frozen lake. Pickle asks the team if they wanted to win or not, showing all three of them glancing at each other. The scene switches to OJ and Salt attempting to cross the frozen lake but failing many times.

Going to Team Epic, Marshmallow tells Paintbrush to put on a Santa Claus suit, while she puts on a hat and beard. Together, they appear to look like Santa Claus. They walk over to Apple, who is crying alone, when Marshmallow (attempting to sound like Santa), begins to tell Apple that Santa is real, but then begins to leave, when Apple suddenly reminds "Santa" about her wish, and how she will sit on Santa's lap and say what she wants. Marshmallow is then uncertain of what to do.

Things Begin To Get Weird...

The scene switches over to OJ and Salt, who are still crossing the frozen lake. Salt tries to appeal to OJ saying that it was similar to ice skating (only to show OJ clearly unhappy), which she then states that it's quite romantic, which begins to creep out OJ. The two make it to the end of the lake, only to realize that the great tree they saw earlier, was just a small pathetic little tree. OJ then points out that they're distance earlier must've caused an illusion to make the tree look bigger. Salt starts to compliment OJ on his intelligence, only to make him even more uncomfortable, but then she takes out a mistletoe, implying that they should possibly kiss, when Bomb suddenly interrupts, stating they should get back. Salt, angered that her "plan" had failed, says that they should use the pathetic tree as a sled. The next scene shows Bomb, OJ, and Salt sliding across the lake on the tree, with Salt cuddling with OJ, who is creeped out. Once at the other side, OJ angrily yells at Pickle about his horrible choice on the tree, which Taco yells out "I LIKE IT!". Pickle explains that he thought the tree "needed him".

Back on the other team, Apple begins to yell at Santa (Marshmallow and Paintbrush) that she wants to sit on his lap. Marshmallow starts to fight back saying that "her knee is tired". Apple angrily demands that she sits on his lap and jumps into Santa, knocking Marshmallow off Paintbrush. After revealing that Paintbrush and Marshmallow were tricking her, Apple ran off devastated again. Marshmallow then points out that they don't have a tree, to which Paintbrush states that they have an idea. A black screen showing the text "One Wal-Mart Purchase Later". Paintbrush walks back with an aluminum tree, saying it may be last minute, but it works.

OJ, Salt and Taco are finished decorating their pathetic tree as Taco yells out again "I LIKE IT!", to which Paintbrush responds that their tree is perfect. MePhone4 then announces that Team Chickenleg has won, which angers Paintbrush, who states that his or her tree is way better. MePhone4 explains that Christmas Trees should show Christmas spirit. Paintbrush's aluminum tree shows commercialism when it should show the meaning of hope, goodwill, and joy. Paintbrush angrily yells that they don't care about MePhone4's Christmas Spirit. Salt is then shown hugging OJ saying "Well at least we have each other!", to which OJ is even more uncomfortable.

Because it was the season of giving, MePhone4 said that Team Chickenleg can choose an eliminated contestant to rejoin, Salt suggests Pepper, but OJ suggests Paper, which Pickle disagrees to. MePhone4 then says because Team Chickenleg is undecided, that the viewers will vote someone back into the game. The eliminated contestants are then shown saying why they should rejoin:

Paper yells that he has been in Idiotic Island for too long, and screams to vote him back in... but then quietly says "please".

Baseball states that he needs a new book, still reading Where Babies Come From.

Knife threatens that if you don't vote for him, he'll beat you up, but then quickly says that he actually won't, but he'll give his voters his Dora Doll, which he throws into the air.

Nickel says to vote for him, even though people can't spell his name correctly.

Balloon attempts to say something, but is popped by Knife's flying Dora Doll.

Pepper is shown holding a Salt Shaker, reminding her of Salt, which is quickly punched out of her hand by The Fist Thingy.

Lightbulb begins to say something when she suddenly trips over a rock and flies of screen, which switched to Bow, who was standing casually, noticing Lightbulb breaking. She then acts like an eliminated contestant, saying whoever votes for her, will receive a chair. MePhone4 then says "No!" and Bow is punched away by The Fist Thingy.

The credits then play with the Island of Misfit Objects song over them, a parody of the Island of Misfit Toys song from Rudolph the Red-Nosed Reindeer. After this, a Happy New Year! From Inanimate Insanity picture is shown, followed by a post-credits scene. The post-credits scene shows Santa reading MePhone 4's note, which tells him to enjoy the milk and cookies, but actually, there is no cookies, because MePhone is a fat slob, so, he ate them. Santa expresses annoyance at this when Apple approaches him very excited since she says that she knew he was real all along. She then asks him where her pony is, and Santa, not having brought one for her, runs away. 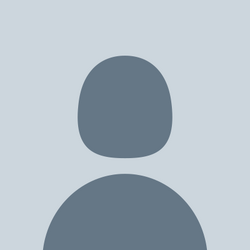