Inanimate Insanity Wiki
Register
Don't have an account?
Sign In
Advertisement
in: Teams, A to Z, The Thinkers,
and 2 more

The Thinkers (formerly Yellow Team) is one of the three teams in Inanimate Insanity Invitational, facing against The Pinkers and The Sinkers. It was formed in "Stranded in Paradise". They have won all challenges, and all of the contestants are still competing so far. In "The Shame of the Name", the name was changed from Yellow Team to The Thinkers.

The team consists of Candle, The Floor, OJ, Paintbrush, Silver Spoon, and Yin-Yang. 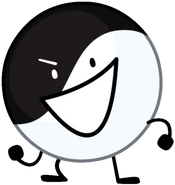